skip to main | skip to sidebar

A Little Warmer In The Afternoon 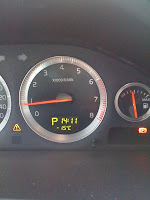 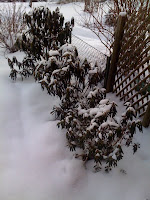 I don't want a treadmill.
I don't want a dirty gym full of viruses.
I want nature.
I want sun.
I want to run free as a bird.
My running project is about freedom, not about paying fees.
Go away, Sibirian winter!
I want to find out when running turns from inspiring, developing to insane, and then stay at the right side of the border.
Sane: between -10° and +20° C?
Between -6° and +24°?
Colder? Or warmer?
Where goes the line?
And who can tell?
Posted by C at 9:12 AM No comments: 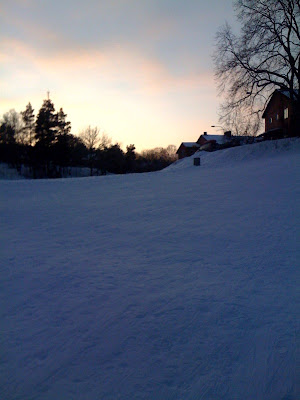 Dear Reader, who am I to complain?

The "Sibirian Weather Extreme" holds Europe in a state of chock.
In Lyon the planes can't lift because of the 10 cm of snow. London is getting prepared for a snow storm and Great Britain is having its coldest winter in 100 (or is it 30?) years.
In Swedish Dalarna it's about to get colder than -44° C. And yesterday 122 people had frozen to death in Poland…


So not being able to run isn't that serious. But when I woke up this morning I felt so motivated, so I didn't think the -16° C at 9 am could stop me. But by 11 the temperature had raised only to -14°, and that is a little chilly for a mother of three. Even in her best winter gear. 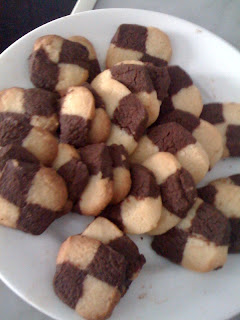 The only thing that could cure the "I didn't get to run"-depression was: cookies. Classic Rutkakor (Chess Cookies), baked January 4 by people in checked shirts. Odd tradition, I know. 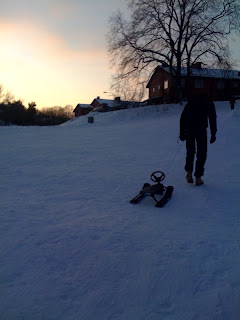 All of a sudden lunch was served by the chef husband, and then it was time to go snowslading with the kids. We were the only family out, and there was a little sun, so I had an "luxury ski vacation" vibe about it. 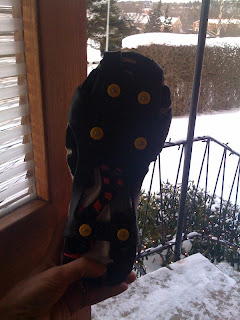 But yesterday I did go running – outdoors, on snow and ice for 40 min. The Nike+ figured it was 7.33 k and look what I bought for my shoes! Slip stoppers! Or broddar…
So the question is: will I have to find a gym with a treadmill OR will I do fine with those shoes?
No matter snow or ice?
Only the Sibiran winter knows for sure…
Posted by C at 4:41 PM No comments: 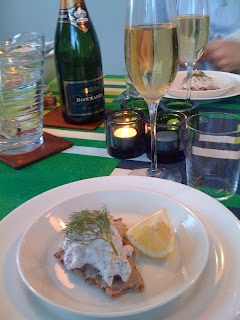 Dear All, the worst thing happened yesterday. I fell asleep puting the kids to bed.
Woke up by the fireworks, but I was all too dizzy to have Champagne and anyway my husband had given up. He was drinking tea watching a movie… What a couple…
So instead we celebrated the New Decade for lunch.
With Toast Skagen and Champagne. 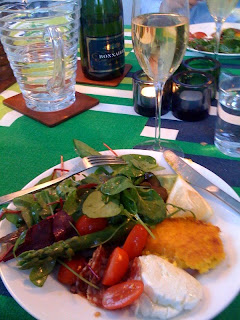 Then veggies with Risotto Milanese Cookies.
Some salami.
And more Champagne. 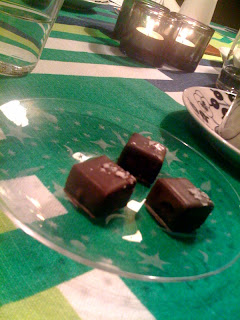 Finished it with coffee and chocolate truffles with Atlantic Sea Salt.
No, we didn't make
it through the door today.
It was – 10.
And I'm not sure I'm going to be a professional Half Marathon Runner.
Posted by C at 6:45 PM No comments: 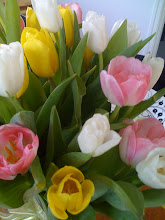 WORKOUT
5 hours of workout (like walking, aerobics or yoga) every week. Or: the half amount of time running. Or: the double amount of time gardening or similar. Or: the best we can do, during the circumstances.
FOOD
4-5 meals a day
No starving or dieting
No diet/light products
No sugar, candy or pastry
Enjoy butter and olive oil
Be careful with pasta, white bread, white rice and other fast carbohydrates
Only full fat non-sugar diaries

DRINKS
Water when thirsty
Max 33 cl mineral water a day
No wine (unless it's Friday)
No sodas, no beer, no spirits
No diet/light products
Be careful with fruit juices
Max 1 coffee + 1 tea or 4 cups of tea a day

FRIENDSHIP
We'll always support each other, in sunshine or rain, where ever we live, in different countries or not.

100 days club was invented in 2006. At the time C had a 2-yearold girl and a baby, while G had both a 1-year old girl + a baby girl. By then there were four of us, but after they left us (or we them?) we did three other 100 days clubs together, and kept on improving the concept.
In March 2009, after C had another baby, we did our important fifth 100 days club, and also created this blog.
We had lots of fun, lost weight, got in shape, had company by C2 for a while – and then ran a 10 k race together.
In October 2009, it was obvious that we had different life situations and ambitions. G left the club and kept on going for Vasaloppet (30k x-country skiing) and Paris Marathon!
Then did our best again in 2010 and 2011, yes, you can read about it, and now, as G has moved from Stockholm to Lausanne, we are ready to do our finale version of the 100 days club concept. More than six years later!